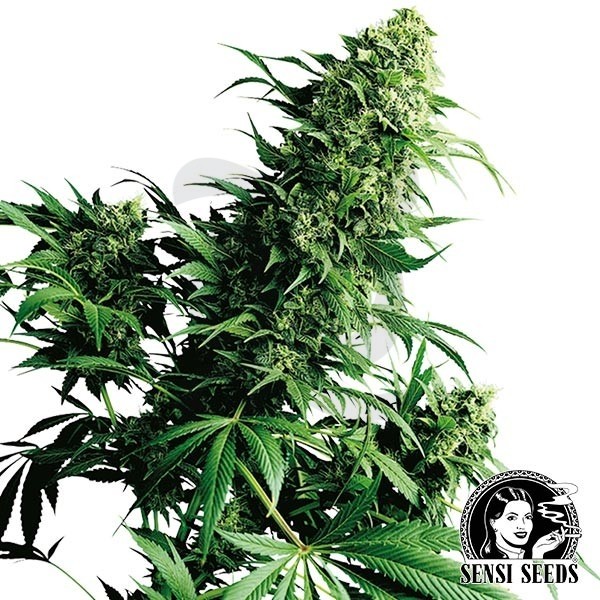 Shiva Shanti II Regular by Sensi Seeds is a strain that is a less narcotic version of the original, allowing you to get high and still go about your business. Designed to be super easy to grow for growers looking for quality and quantity.

Shiva Shanti II Regular by Sensi Seeds is Shiva Santi’s little sister when it comes to high and the amount of care it needs. Its genes contain strains such as Garlik, a Kush and Skunk combination. In order to give it more of an indica effect, it was crossed with an Afghan strain which gives it a lot of stability and increases its psychoactive sativa effect. This strain came about in the 90s and has been one of the most grown regular strains in the world ever since then.

Indoors this plant can give amazing results with little effort. It has an intense vegetative period and when it begins flowering it absolutely explodes, producing immense thick and resinous buds. It has quite a short flowering period, finishing up after just 45 days. You can harvest up to 800g from 7 plants per square meter.

Outdoors this strain does incredibly well and is quite sturdy. It puts up well with fungi and insect attacks. You can harvest up to 1kg from just one plant with a sort of Afghan structure – short and robust with a dense and aromatic central stem as well as an earthy, Kush-like aroma. It ends up covered in quite a thick layer of resin, too.

Its flavor and aroma is incredibly fresh and fragrant, with sweet hints similar to lavender. When smoked, you’ll clearly feel its indica effects although it does have more of a lucid effect than the original.