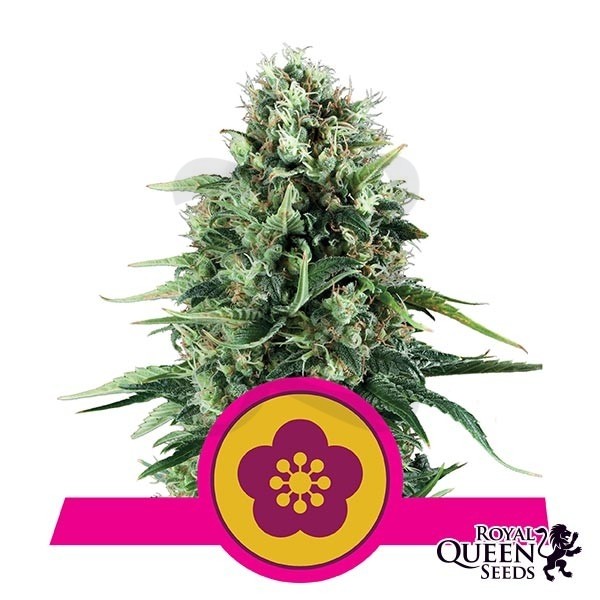 Power Flower by Royal Queen Seeds gives incredible yields both outdoors and indoors. This strain comes from South Africa and is almost entirely sativa, 88%, taking only 8 hours to flower.

Power Flower by Royal Queen Seeds is a strain that was discovered back in the 70s. This intense sativa strain flowers ridiculously fast and is known in Amsterdam as the Power Plant; it’s one of the most-sold strains in Dutch coffee shops. Royal Queen now has their own version of the legendary strain that can be grown both indoors and outdoors.

When planted indoors, these plants can grow up to 1.5m tall, so you’ll have to bend or train it using a SCRoG trellis net so that they don’t get too close to the lights where they can burn. After around 8 flowering weeks they should be ready to harvest – this fast flowering period can yield up to 550g per square meter.

Outdoors it’ll grow to a maximum of 2m tall, yielding up to 200g which may not seem like much but it makes up for lack of yield in quality – lots of sunlight causes this plant to create more THC which makes for a more euphoric and psychoactive effect. It should be ready to harvest towards the end of September/beginning of October depending on the phenotype.

It gives an intense psychoactive effect which is intensely sativa, energetic and uplifting. Its buds are dense and hard and they have plenty of short pistils that look quite attractive.