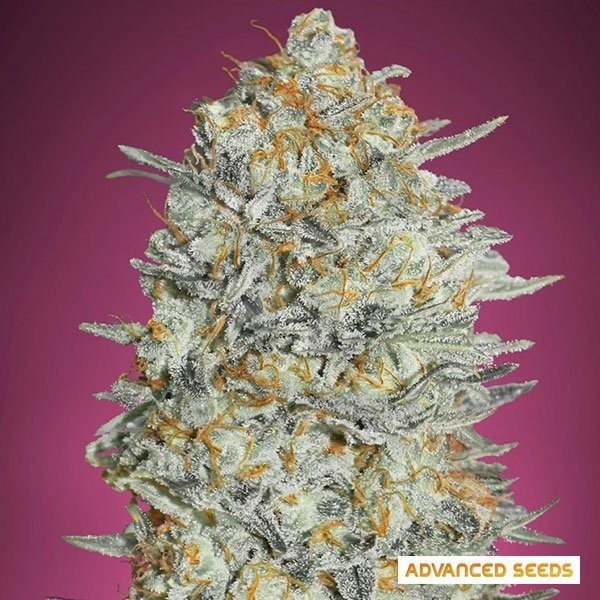 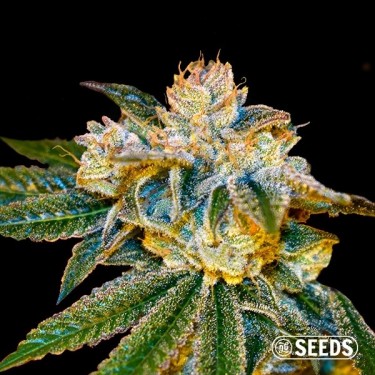 Gelato 33 Fast by Advanced Seeds is one of the best strains if you’re looking to harvest potent flowers in record times. This indica/sativa hybrid produces enormous, thick layers of resin. It’s practically identical to its non-feminized version, with the only difference residing in the fact that this strain takes less time to produce flowers and amazing results; a delicious flavor and a potent effect thanks to its THC content.

How to Grow Gelato 33 Fast Indoors

If you’re planning on growing Gelato 33 indoors you’ll soon see how incredibly easy it is to grow – it’s a great choice for beginner growers, producing high quality yields in record times. It can grow between 0.8 and 1.1m indoors, which shouldn’t give you any space issues. After 45 – 55 days you should be able to harvest an average of 500 – 550g/m2 when using a decent lighting setup, such as an Agrolite SHP Dual Bulb, and giving them minimal care.

How to Grow Gelato 33 Fast Outdoors

If you decide to grow Gelato 33 outdoors, you’ll surely discover a robust, strong plant that can produce gigantic buds covered in resin – it kind of grows similar to a Christmas tree. Outdoors it can really grow properly when given enough space; if it’s grown in the ground it can grow to an impressive 2.4m unless you want to prune and train it so that it stays a bit shorter while also increasing yield. It should be ready to harvest towards the beginning of September, which can be great for avoiding the end-of-summer rains, harvesting over 800g per plant thanks to its size.

This Advanced Seeds strain is highly characteristic thanks to its flavor fusion; it produces citric hints alongside an earthy flavor that will have you drooling. Its aroma is super minty and it’ll hang around in the air for a while, giving each hit a hint of freshness. Its delicious flavor is already a world-wide phenomenon.

Keep in mind that this strain produces potent THC, up to 24%, which makes for quite the intense effect. It’s a mixed strain, producing quite an intense euphoric effect accompanied by total relaxation after a while. Its effect can be quite long-lasting, perfect for reflecting on life or watching a good movie with even better company. 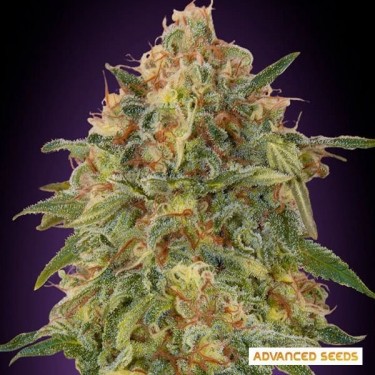 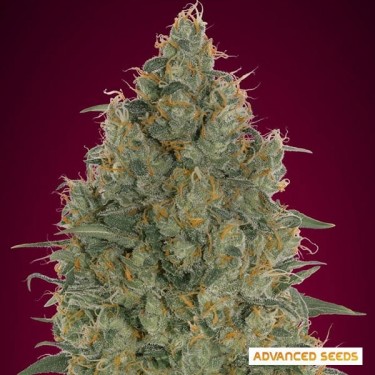 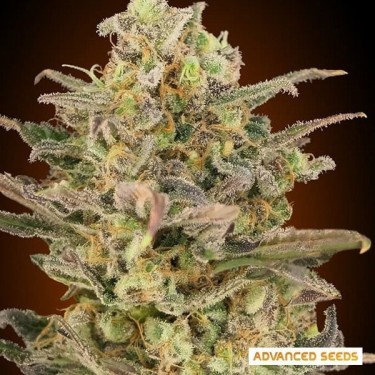