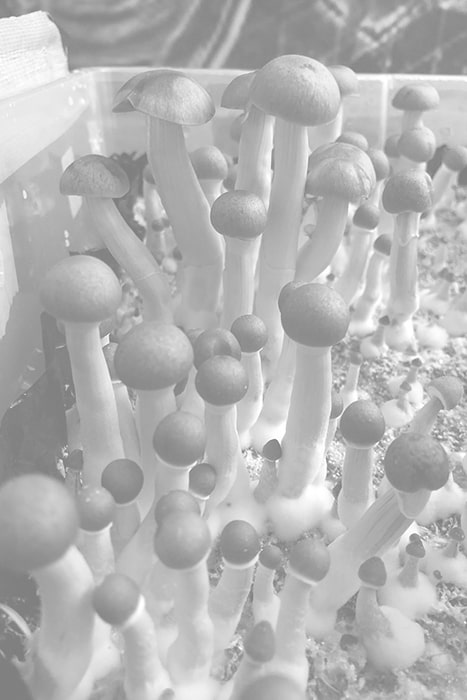 The world of colloquially-known “magic” mushrooms is incredibly interesting and vast when it comes to collectors and those that study fungi. That's why we've put together this category of our magic mushroom grow kits, keeping in mind that these kits are designed only for collectors and mycologists. Mycologists use these kits to study fungi species in order to identify and compare different species of fungi that can also be found in the wild.

These magic mushroom kits come in a see-through Tupperware container which contains the substrate, which in turn contains the necessary spores from the fungi to begin growing. We also stock mycologic kits, which are used to study fungi in minute detail.

We stock kits that contain some of the most studied strains in the world, and each and every kit comes in perfect condition for collectors. The kits that we stock contain Psilocybe fungi spores, of which there are over 200 different types; it's the most common type of fungi for this type of study.

All of our mushroom kits are stored correctly in our warehouse in a refrigerated chamber until the moment that they're shipped out in order to maintain their delicate spores intact; we recommend storing your mushroom kit in your refrigerator as soon as it arrives in order to keep the temperature as balanced as possible.

Some of our strains are more sought-after than others, although they're all high quality kits and are all stored correctly to ensure no contamination. These are some of our most-sold strains.

This strain is one the most studied strains by beginner mycologists due to the fact that its spores propagate incredibly easily, which allows them to obtain quite a large amount of specimens for studying. These mushrooms are characteristically gold on top, measuring up to 10-15cm. They get their name from their golden cap.

Red Boy is another psilocybin strain, which is said to come from a combination of many different spores; to this day, people still debate about this strain's true origins and what spores were used, leaving it to the imagination. The easiest way to identify a Red Boy mushroom is by its red cap – hence the name “Red” boy.

B+ is a strain of magic mushroom that also has a mysterious origin story; some confirm that this strain was created by a Mr. G from Florida, whereas others are certain that this strain was originally called Herbens B+, with B standing for Big and + meaning Very Big. The second explanation is probably more likely, as these mushrooms are capable of growing up to 15cm tall, with a massive cap.

Keep in mind that these “magic” mushroom kits are for collectors and for mycologic studies.