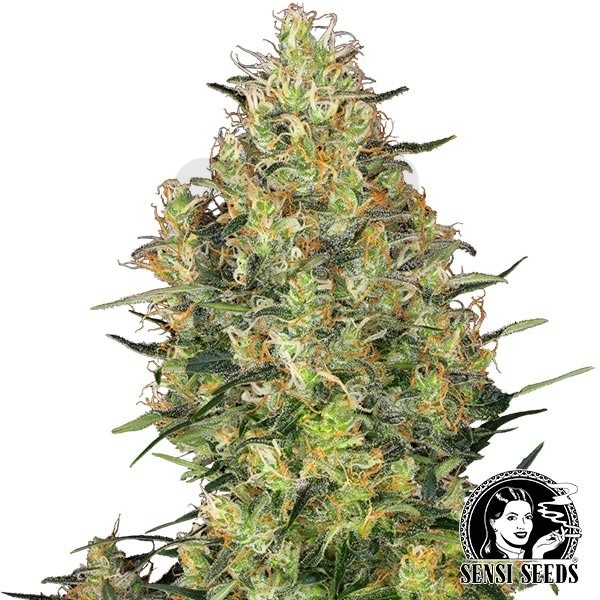 Shiva Skunk Regular by Sensi Seeds combines the best of a Skunk #1 and an NL#5, resulting in an Afghan-structured plant; resinous and sturdy. It’s an incredibly easy plant to grow.

Shiva Skunk Regular by Sensi Seeds is a plant that does absolutely amazingly, as it comes from incredibly potent plants; Skunk #1 and Northern Lights #1. This combination became incredibly famous even before it was released with an official name. It was renamed after Shiva, the Destroyer, who is frequently associated with cannabis.

Indoors after about 55 flowering days you should be able to harvest up to 500g when grown using the SCRoG technique. They grow with a very Northern Lights structure; open with long branches full of buds that grow even along the tips of the branches. These plants grow incredibly strong and fast. Its buds will get incredibly thick towards the end of the flowering period, and its resin trichomes are so big that you can practically see them without needing a magnifying glass. Use Boost Accelerator to improve the flowering period.

These plants develop fast although they might take a while to flower outdoors, where they should be ready by the end of October at the most, allowing you to harvest up to 1kg under perfect conditions. Its structure is typically Northern Lights, growing short and sturdy which makes it perfect for growers looking to have a discreet outdoor set-up.

Its flavor is the perfect fusion of lemony and earthy, hard to describe and incredibly satisfying to smoke. Its buds end up covered in a thick layer of resin, from which you can make your own extracts. It has citric and earthy flavors with a sort of musky aftertaste – your eyes will go red after just two drags.