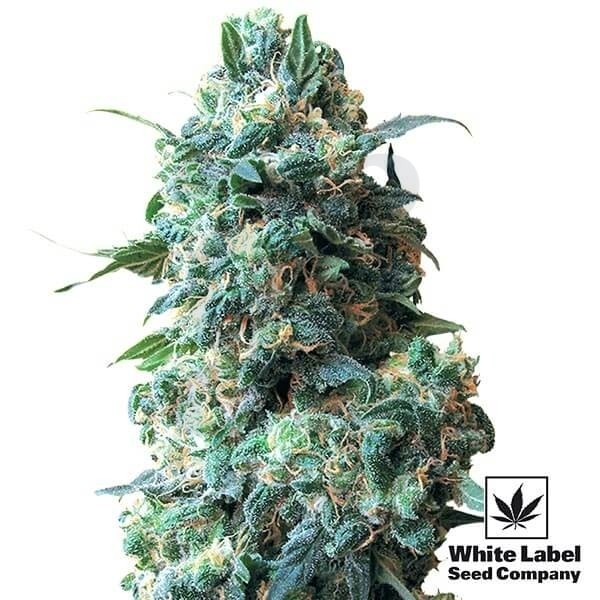 Afghan Kush regular by White Label is a variety coming from Hindu Kush. It is a great producer of resin that traditionally has been used to make Indian Charas and Afghan hashish.

Afghan Kush Regular by White Label is a large indica-dominant strain that produces plenty of potent resin. It is believed that strains from the Hindu Kush region were the first plants used to make hash extracts known as Charas or Hash – this strain is perfect for making your very own extracts. It’s also easy to clone, allowing you to maintain a highly productive mother plant that produces compact, resinous buds.

Choose your own Kush strain thanks to Afghan Kush regular

Indoors we recommend growing this strain from clones/cuttings so that they don’t grow too tall, using a SoG system if possible. You can place up to 15 clones under each grow light, setting them at 12/12h as soon as they’ve rooted. They’ll need a lot of fresh air and a constant soft breeze with oscillating fans, which increases trunk and branch thickness.

Outdoors, planted from seed, you can grow incredibly potent plants that keep growing even when they begin to flower, starting off the flowering period with a massive stretch. These compact flowers end up covered in an incredibly thick amount of resin as long as they get enough light and water to grow successfully.

Its fruity aroma with earthy notes is one of the best kinds to make your own extracts with, as its flavor will inevitably be incredibly similar to original Afghan hash. Its relaxing effects can be felt after just a couple of drags, inducing quite a pleasant physically relaxing effect.