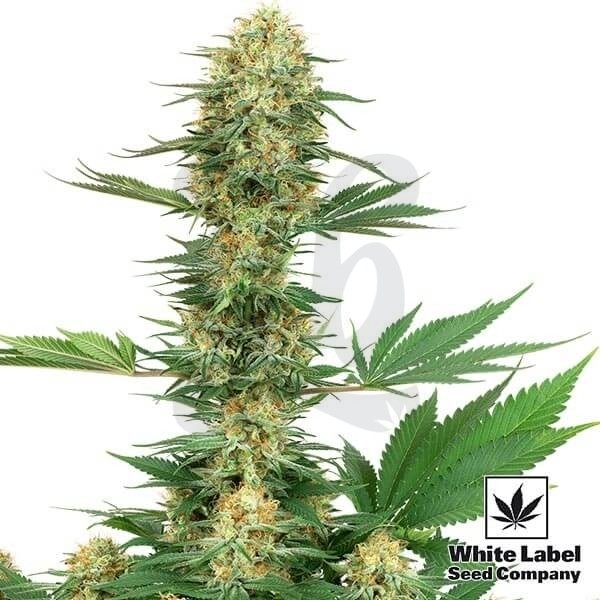 Gelato 420 is a strain developed by White Label, improving the structure, growth and yield of the original Gelato #33. The results speak for themselves.

Gelato 420 by White Label isn’t just a normal Gelato #33 selection; this strain has been created in order to refine and improve certain characteristics of the original strain, which could do with more yield and more intense effects. After an intense hybridization process using the original strains used to create it, OG Kush and Hindu Kush, White Label managed to develop an incredibly potent strain that’s sure to blow your mind.

Gelato 420 is a strain that tends to grow slow and bushy to start with thanks to its indica strain; when it comes to the flowering period it tends to shoot up, like many other hybrids do – it can grow over 1.5m tall if you’re not careful. That’s why you should only grow it for 20-25 days before flipping it to flower. When it comes to its bushiness, you may need to take care of the lower leaves, as they tend to shade some of the lower branches at times. With around 9 plants per square meter, you can harvest over 450g after around 63-77 days without needing much effort at all – you will definitely want an odor filter for this strain, though.

Outdoors, this plant grows amazingly large and wide; when growing straight in the ground and planted from May onwards, it can grow to enormous sizes. We also recommend topping it a few times in order to make it more manageable. This strain can generally grow over 2.5m tall and it can grow to an impressive 3m – you will definitely need to train its branches. You should be able to harvest towards October; if you give your plants a thorough feeding schedule, you can harvest up to 1kg of delicious cannabis seeds.

Gelato is an incredibly intense strain when it comes to flavor, which is why it’s one of the most sought-after strains. However, this new version is even more intense if you can believe it. Its flavors are citric, minty, vanilla, licorice and sandalwood-like – different phenotypes might present different dominant flavors.

In as far as the effects, it produces an intense mental stimulation, as well as an intense physically relaxing sensation. Keep in mind that this strain is incredibly potent, so we highly recommend consuming it with caution if you’re not used to intense effects.