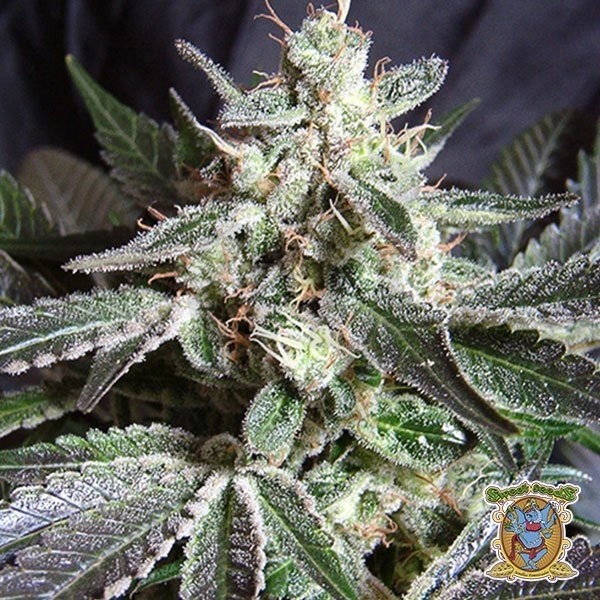 Black jack by Sweet Seeds is an intensely incensed plant that old school, experienced smokers will absolutely love. This plant comes from a cross between two famous strains.

By buying this product you can collect up to 33 loyalty points. Your cart will total 33 loyaltypointsrsi that can be converted into a voucher of € 6.60.

Black Jack by Sweet Seeds gives large, spongy buds covered in hundreds of pistils. It doesn’t give large yields indoors; it’s worth it, though, for its intense flavor and delicious smoke. Its flavor is extremely similar to Jack Herer, although having been crossed with a Black Domina its buds are much thicker. It’ll grow covered in resin, even on the largest leaves – you’ll be able to make incredible extracts from your leftover trim!

Black Jack came about in early 2006, just when Sweet Seeds opened their doors. This strain is a combination of sativa and indica, making for quite a stable and balanced plant, perfect for growers looking for hybrids with few branches. You can easily feel the intensity of the Black Domina genes when it comes to its potent physically relaxing effect. This strain produces two clear phenotypes; one of more BD, with a thick layer of resin, and the other is taller and more Jack Herer-like.

Indoors it’ll take a total of around 10 weeks to flower, which can be a bit long for some growers but it’s definitely worth the wait. It grows extremely strong branches that grow up along the central stem, allowing you to place quite a few plants in a small grow tent. You can harvest up to 500 g from around 12 plants per square meter after just 70 flowering days. At the start of the flowering period it doesn’t let off too intense of an aroma, although towards the end you’ll definitely need to use an odor filter or something to get rid of the smell if you don’t want nosy neighbors possibly complaining. Use a Secret Shaker to make your own hash.

Outdoors it should be ready towards the beginning of October, although it doesn’t yield much outdoors – it makes up for the lack in yield by improving potency and flavor, however. Black jack will soon be one of your favorite strains thanks to its dense, incredibly thick buds. This plant doesn’t need much taking care of outdoors – make sure to plant it as early as possible, as it has quite a short flowering period. It should be ready towards mid-end of October.

It has a fresh, strong flavor with a sweet aftertaste that’s somehow lemony too. Its high can be a little tricky; it starts off with a euphoric sensation that turns relaxing after a few minutes. Black jack is a stable hybrid that is entirely 50/50 in as far as indica and sativa genes.