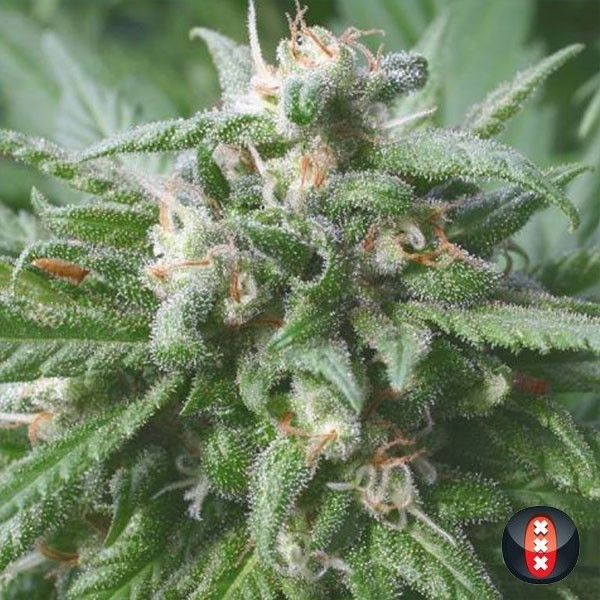 Biddy Early by Serious Seeds can easily deal with bad weather, making it great for northern areas. This sativa-dominant plant with a short flowering period is perfect for outdoor growing.

Order it now and receive it tomorrow
Gifts in all of your purchases - Discreet Shipping - Secure Payments
Quantity
x1
x
Total
€35.00
Biddy Early

Biddy Early by Serious Seeds is a plant that was grown and designed for surviving Dutch summers, where they tend to get a lot of rain towards the end of summer. Thanks to these conditions, this strain can be grown in any part of Spain, regardless of how chilly or humid it is. The seed bank itself says that this strain is perfect for gardens and balconies.

When planted indoors Biddy Early will very rarely grow over a meter tall, although this doesn't mean that it isn't capable of producing amazing flowers. This strain is super easy to train and bend to your will, allowing you to maximize yield all over. At the right temperature, its buds will begin to turn a beautiful reddish color while the leaves stay green.

Outdoors it grows plenty of branches that grow up and almost as tall as the central calyx. You can attempt the FIM technique in order to generate more nodes and shorter plants full of giant buds. Its resin lets off quite an exotic aroma, and you have no need to worry about fungi or rot thanks to its airy buds. You can harvest up to 500 g per plant, which should be ready towards the end of September. This speedy sativa is great for beginners and experts alike.

When smoked, you’ll notice an intensely sweet and earthy flavor thanks to its buds full of thick resin. Its effect is quite durable and the seeds themselves are easily affordable. You can make your own hash with the Secret Shaker.