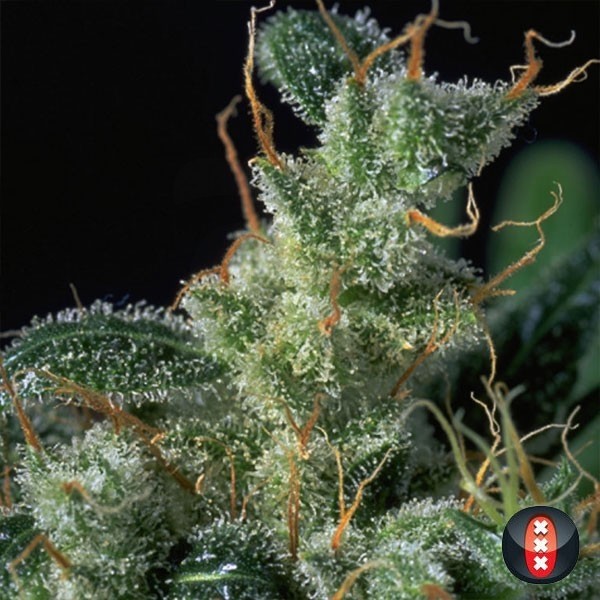 Kali Mist by Serious Seeds is one of the best pure sativas out there, producing large yields when grown outdoors; mentally stimulating, pleasing effect.

Order it now and receive it tomorrow
Gifts in all of your purchases - Discreet Shipping - Secure Payments
Quantity
x1
x
Total
€80.00
Kali Mist

By buying this product you can collect up to 8 loyalty points. Your cart will total 8 loyaltypointsrsi that can be converted into a voucher of € 1.60.

Kali Mist by Serious Seeds is a classic potent sativa that grows incensed, fresh-smelling flowers. This plant grows tall with few leaves in a typical sativa fashion. Once it begins to flower, you’ll see it start to sprout flowers on its branches and all along its central calyx – you’ll definitely need to train the branches if you don’t want them to bend and break.

This strain is world-famous, having been declared by Mel Frank back in ’96 that Kali Mist probably comes from Southeast Asia and was delivered in seed format to Oakland in the US in the 80’s. The creator of this seed bank, Simon, believes that many US growers had already worked with this strain, they just never managed to make any seeds from it. For best results, use Delta 9 Cannabiogen.

Simon decided to attempt to increase its yield and it used an Afghan plant to do this – from that moment onwards, Kali Mist acquired a shorter flowering period and larger yields. Unfortunately, Dutch authorities raided two locations where they were working on Kali Mist and all of their male plants were confiscated and destroyed. Luckily, Simon had saved a strain that was practically identical to the original Kali Mist.

After this incident, there were no new Kali Mist seeds for a year until Simon managed to find the perfect combination to recreate the original as close as possible. In order to do this another plant was used to increase its sativa purity. After all of this effort and work, Simon’s Kali Mist then went on to win a HTCC in 2000.

Indoors it’ll be ready after 90 flowering days, so if you can we highly recommend planting it outdoors where it should be finished towards mid-November. It’ll grow thick colas of buds all over the plant; its buds aren’t too compact, although they do let off an intense aroma due to the enormous amount of resin it produces. You can harvest around 300g with 9 plants per square meter.

Outdoors it’ll grow non-stop, with incredibly large leaves. Its branches and stems can easily hold up its hefty buds that will end up covered in a thick layer of resin. It’s incredibly sticky and it’ll let off an intense, sativa aroma. It does well when it comes to fungi due to its airy buds – it’s perfect for growing in areas that get a lot of end of summer rains. It can take a while though, finishing up towards the end of November.

It’s said that Kali Mist can be used to treat period pain during menstruation, which is something to keep in mind. It has an intense piney and spicy flavor. Highly recommended if you’re looking for an intense sativa.