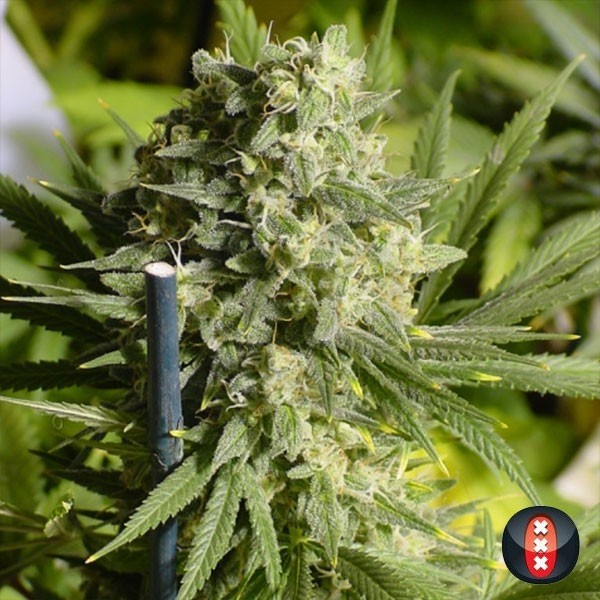 Double Dutch by Serious Seeds yields incredibly spongy, resinous and delicious buds that are hard to find on any other strain.

Order it now and receive it tomorrow
Gifts in all of your purchases - Discreet Shipping - Secure Payments
Quantity
x1
x
Total
€70.00
Double Dutch

Double Dutch by Serious Seeds is a sativa strain in an indica structure. It has a thick main stem that sprouts off plenty of branches that yield plenty of flowers – you’ll want to train them during the flowering period. This plant is native to Holland, meaning that it can do well in areas with iffy weather.

When it flowers indoors it produces long, thick buds all over its branches. Its aroma and flavor are similar to tropical fruit. You’ll need to wait until around 65 days after flipping the lights in order to yield up to 500g with around 10 plants per square meter. This indica lets off an intense earthy Kush flavor that’ll take your growing room over in no time – highly valued in Holland.

If you decide to grow it outdoors you’ll need to stay patient until mid-October, harvesting around 400g from each plant. If your plants manage to get enough light, their flowers can grow to an incredible size. You’ll need to keep its EC levels nice and controlled, make sure that the pH levels are up to scratch and basically mind this plant. It does well with extra humidity due to the fact that it’s much too fast for fungi to have time to settle in to the buds.

It has a mentally stimulating and balanced effect, with a physically relaxing side that makes it perfectly sativa/indica. If you’re looking for a proper indica plant with a little extra personality to it, If you want a great strain to use a marijuana vaporizer, Double Dutch is the plant for you.