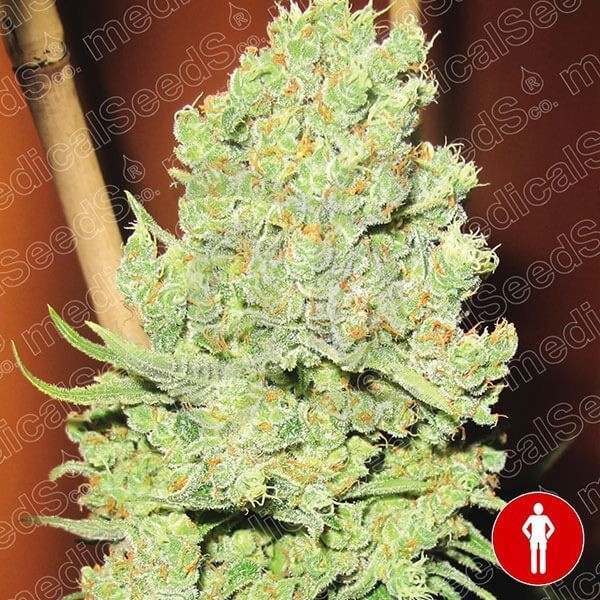 Channel+ by Medical Seeds is a sweet strain with Skunk flavors. It stands out for its fast flowering, high yields and incredible flavors.

Channel+ by Medical Seeds is a strain that’s easy to grow, as its short flowering period doesn’t leave much time for any mistakes. It grows with a kind of sativa structure to begin with, but as soon as it starts flowering it gets super indica. It’s one of this bank’s best-sellers, due to how stable it is, making it perfect for newbies as well as experienced growers that are looking for a delicious Skunk flavor and high yields. It comes from a Skunk x Big Bud combination that gives it quite an intensely special flavor.

Indoors it flowers extremely fast, producing large amounts of resinous flowers that grow large and thick in record times. This strain’s structure is inevitably Critical Mass by Mr. Nice, with a bit more resin and a more pungent aroma. It’s perfect for indoor growing due to the fact that it doesn’t grow too tall, allowing you to place many specimens without them intertwining.

Outdoors you can get up to 1kg per plant towards the end of September which is amazing. This strain does perfectly with the right kind of substrate, loaded with nutrients. Keep in mind that it actually does feed quite a lot, so make sure you don’t skip any weekly feedings. Channel+ gives amazing yields in short flowering times.

It has a sweet, earthy flavor obviously come from its Skunk genes. Its relaxing effect isn’t intensely psychoactive due to its high CBD content. It can be very useful medicinally for chronic pain caused by illnesses such as multiple sclerosis.