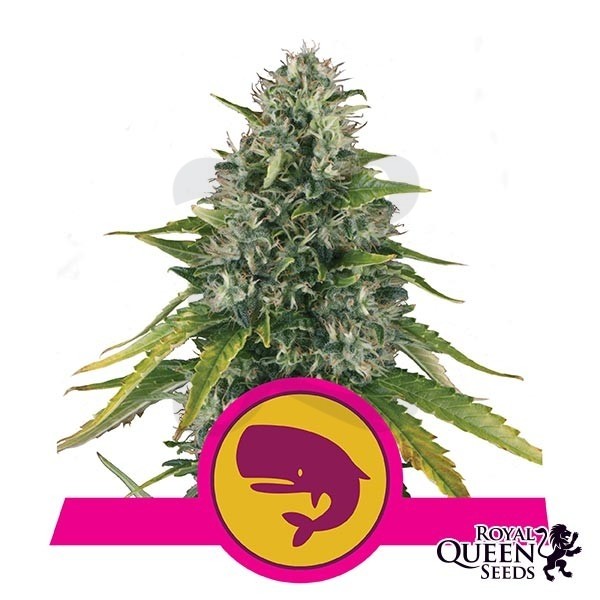 Royal Moby by Royal Queen Seeds is one of the seed bank’s most famous hybrid strains in Spain. This strain was essentially designed to increase yield and create a commercial strain. It grows incredibly both indoors and outdoors – it can grow to 2m and 3m respectively.

When planted indoors it’ll need plenty of light. Growers that have access to large spaces can get up to 600g from just one square meter. This plant takes 10 weeks to flower, which isn’t much considering how sativa this strain is.

When grown outdoors it’ll need even more light than indoors and an intensely warm climate to grow properly, all the way into mid-October. The south of Spain, for example, is one of the best places you can grow this strain due to its intense sunlight. You can harvest up to 1kg from plants that can grow to 3m tall. This strain gives a mentally psychoactive effect that’ll have you giggling over nothing.

It has a potent, fresh mint aroma that’ll have you drooling when you smell it for the first time. It gives an intense, strong high that’s slightly indica although much more mentally sativa. We recommend having a bit of experience consuming weed before trying this potent strain.