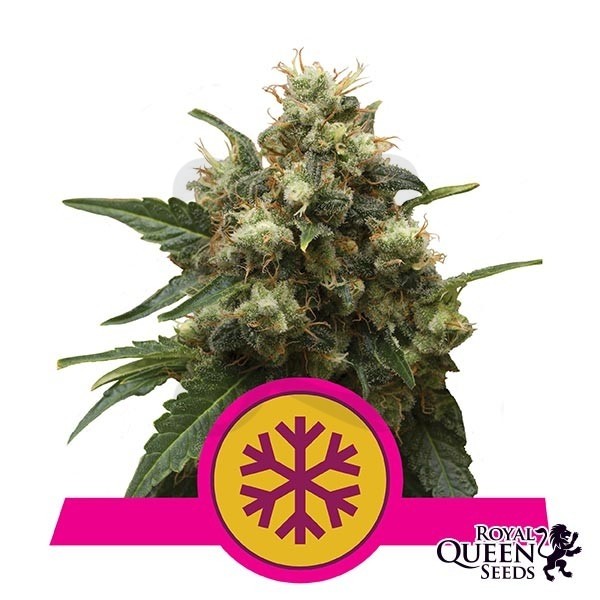 ICE by Royal Queen Seeds is an indica-dominant plant that doesn’t tend to grow over 1m tall and it fills out what little space it has with buds. It can be grown both indoors and outdoors, providing amazing results from almost any environment.

When grown indoors you’ll need to bend the branches and train them using a SCRoG system in order to open its branches up – it doesn’t grow too tall so you’ll want to make the most of its width. You can get up to 400g per square meter when done right, which isn’t that much, although with plenty of sun you can get more outdoors.

Outdoors it’ll need quite a lot of sunlight and heat to grow properly from start to finish – it doesn’t do well in humid climates where it gets too cold. It needs heat to stave off fungi infestations, which can easily attack its buds due to how thick they are. You can get an enormous 450g from just one plant which should be ready to harvest towards mid-September.

It gives an intense, demolishing effect that’s perfect for before bedtime. It has a musky, sweet hash flavor. It produces quite a lot of resin, especially if you keep it up for another week or two. This strain is also perfect for making extracts.