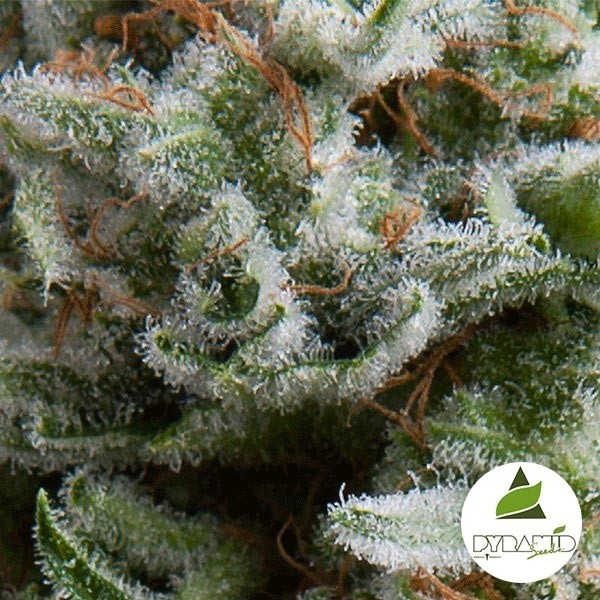 Auto Anesthesia by Pyramid Seeds is an indica-dominant plant that’s intensely relaxing, just like the name would suggest. It comes from an intense combination between Northern Lights and Black Domina.

By buying this product you can collect up to 18 loyalty points. Your cart will total 18 loyaltypointsrsi that can be converted into a voucher of € 3.60.

Auto Anesthesia by Pyramid Seeds is a super relaxing strain that matures just 2 months after germination, producing average-sized plants that are around a meter tall, producing an average of 60g per plant outdoors. The best thing about this strain is its effect, capable of relaxing even the worst nerves and calming intense pains caused by various illnesses.

When planted indoors, you’ll be able to get a much denser flavor from its buds, which should go beautiful electric colors towards the end of the flowering period. Make sure to keep the temperatures nice and stable in order to keep your plants healthy – the wrong temperature can cause your plants to produce up to 50% less flowers.

Outdoors it’s pretty easy to grow as long as it gets a decent climate and nutrient-rich soil – all you’ll need to do is water it when necessary. Make sure not to overwater, however, or you could risk drowning the roots and ruining the plants. In warmer areas you can harvest various rounds a year, producing up to 150g per plant when done right.

In has an intense indica flavor that’ll invade your taste buds and stick around for a while. Its effect is just as intense, producing an almost instant relaxing sensation, sedating both mind and body.