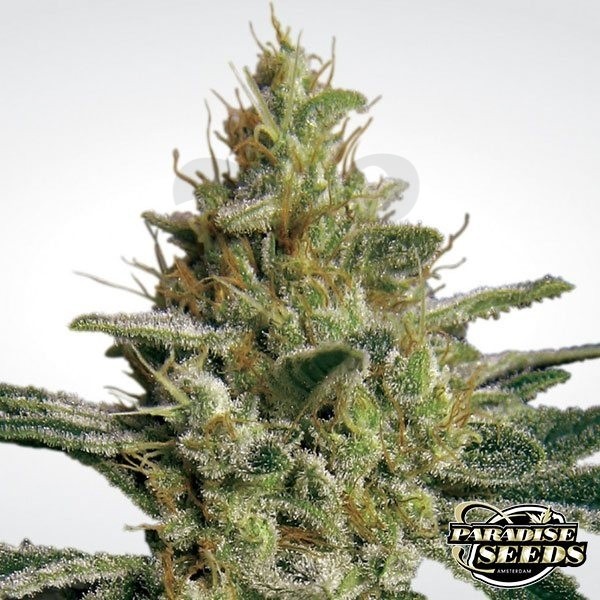 Allkush by Paradise Seeds has an effect that can be felt within minutes of taking that first drag. This fast-flowering plant is capable of producing a lot of resin.

Allkush by Paradise Seeds is incredibly pleasant to smoke – after just a few drags, you’ll begin feeling an intense physical relaxing sensation. It’s quite medicinal and is used to calm pain as well as fight insomnia – it can also help calm those with anxiety. This plant grows compact both indoors and outdoors, producing dense buds and long stems, making it perfect if you’re looking to maximize yield.

Indoors, if you don’t grow using the SoG method, you’ll need to grow them a bit more than usual as they don’t really grow much during the flowering period. It has a short flowering period, allowing you to get large yields in short amounts of time. Allkush has quite a large central calyx, producing dense, compact buds that are perfect for commercial use. It’ll be ready after just 60 flowering days, producing up to 500g with 12 plants per square meter.

Outdoors it grows well as long as it gets plenty of space for its roots. It grows so fast that you’ll practically be able to see it grow. The only issue with this plant is that it doesn’t do well with high temperatures, so if you live somewhere that’s very hot or there’s an intense amount of sun, keep this in mind. You can get up to 600g per plant towards mid-October.

It has a sort of yellow hash flavor with a sort of fresh, forest hint to it. It’s quite intense in as far as odor, and its dense smoke will have you coughing your lungs up if you’re not used to smoking intense strains. It has medicinal uses, and can have therapeutic effects.