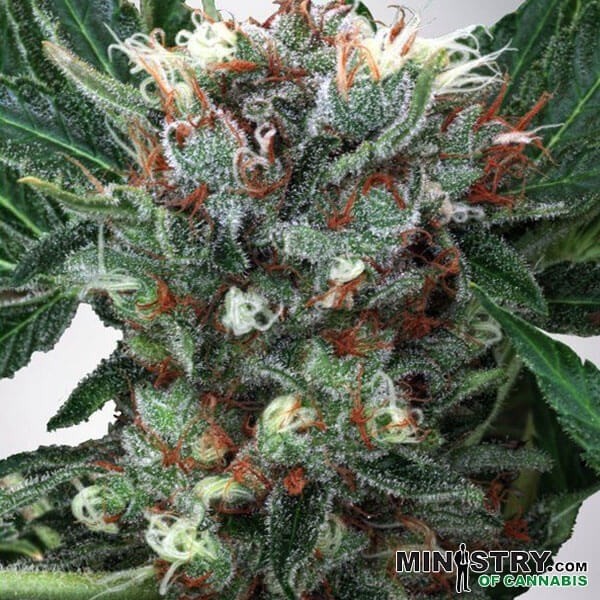 Zensation by Ministry of Cannabis gives a mentally and physically relaxing effect. It’s a potent as an indica strain, combined with the mental effects from a White Widow.

Zensation by Ministry of Cannabis is an indica-dominant strain that grows front-page worthy buds that will have you hypnotized, both indoors and outdoors. This plant is quite an eye-catcher, and it gives large yields of THC-rich weed. This relaxing strain is also incredibly sweet thanks to its Afghan genes.

Indoors it does well, producing enormous amounts of golden, hard-as-rock flowers. It’ll become covered in a thick layer of orange pistils, making it even prettier to look at. It’s super easy to grow indoors; it just needs plenty of nitrogen to stay green and healthy. You can harvest up to 500g from 10 plants per square meter when using 600w lights. Zensation should be ready to harvest indoors after 10 flowering weeks.

Outdoors this beauty can grow up to 2m tall depending on the phenotype, producing plenty of branches and growing incredibly strong – its shiny leaves almost look fake, they’re that pretty. It can take a bit longer to finish flowering, around mid-end of October, producing up to an impressive 1kg per plant that’s been grown properly. For best results, use Organic PK Booster.

It gives quite an intoxicatingly relaxing effect that’ll allow you to fully relax. If you smoke just the right amount, it can give an energetic effect although if you smoke too much you’ll go beyond energetic and straight into couch-lock territory. 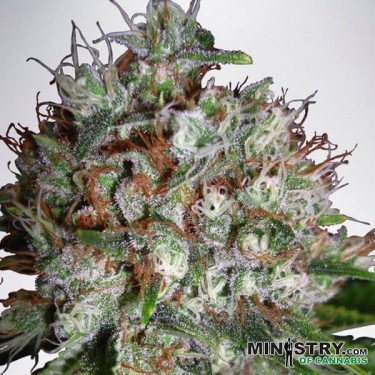