Crystal Mix by Kannabia Seeds is offering growers one of the most complete seed packs, containing strains such as La Blanca, Mataró Blue and White Domina. All of these strains are indica-dominant, and produce a lot of resin, as well as containing a lot of THC. This 9-pack won’t disappoint.

La Blanca by Kannabia Seeds is one of the most resinous strains out there. It’s perfect for those looking for a plant from which to make hash and BHO extracts – this plant produces enormous resin glands that cover the entire plant from top to bottom. You can expect large yields, making this plant a great option for smaller growing areas. In order to get the absolute most out of this beauty, we recommend planting it in a hydroponic system.

Mataró Blue by Kannabia Seeds is definitely one of their best-sellers; it’s both medicinal and recreational. This plant does well in pretty much any growing medium, both indoors and outdoors, producing large buds that can produce up to 800g per plant that’s been grown properly outdoors. Some people say that Mataró Blue is one of this seed banks most potent strains thanks to its Black Domina genes.

White Domina is another one of Kannabia seed’s best-sellers. This strain goes a beautiful attractive colors towards the end of the flowering period, especially when grown indoors. This strain doesn’t need much extra care, although it can be a bit delicate when it comes to excess heat. If it gets enough care during the growing period, you can harvest enormous amounts of resin-covered buds. White Domina is in the Crystal Mix due to its absolutely astonishing amount of resin, which is dense and lets off a peculiar earthy, strong flavor.

This pack contains 9 seeds, including 3 of each of the following strains: 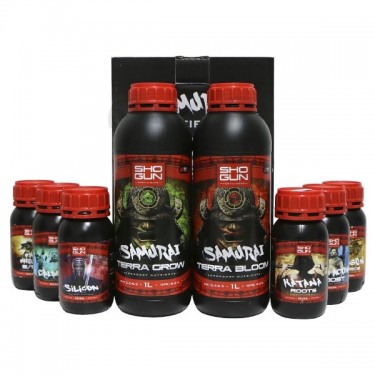