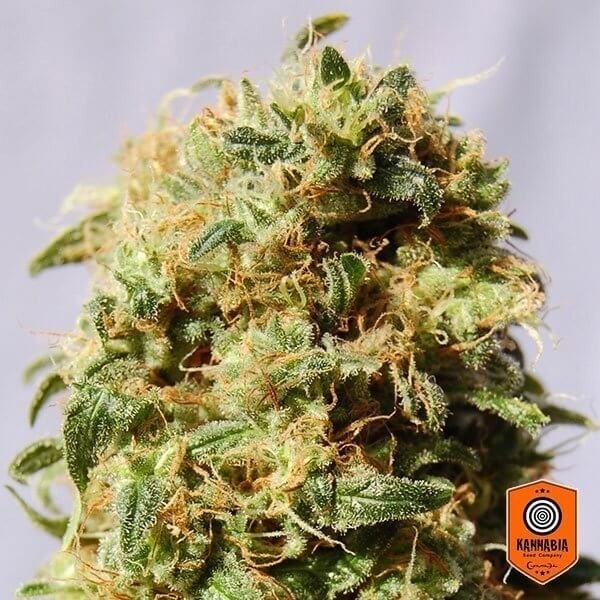 La Reina De Africa aka Kaboom (The Queen of Africa) by Kannabia seeds combines an AK 47 with an extremely short flowering period. This 60/40 sativa/indica is astonishing.

La Reina de Africa aka Kaboom by Kannabia Seeds is an AK-47 hybrid that has the perfect structure and a strong growth period combined with an Ortega plant that gives it its fast flowering period – the resulting plant was crossed with Northern Lights in order to increase the flowering speed even more. This plant looks quite sativa with its large structure – if you top it, you’ll be able to grow gigantic leafy bushes.

When planted indoors you’ll need to give it a short growing period before flipping the lights – around two weeks should be enough. You can also grow using a SCRoG mesh, but if you don’t do either of these things or grow from cuttings, you won’t be able to control their height at all. At around 60cm these plants should produce quite a large yield considering its size after just 60-65 flowering days.

Outdoors is where this strain shows its true potential, producing large plants with strong branches and trunks that are more than capable of dealing with its large flowers. La Reina de Africa should be ready to harvest towards the end of September, producing up to 450g from just one plant – each plant can grow up to 2m tall.

Its buds are compact and heavy with heavy tropical hints such as mango and more acidy fruits. It gives a stimulating, energetic effect.

Write your review
The comment has been sent.
Andres Estrada zamorano
12/06/2020