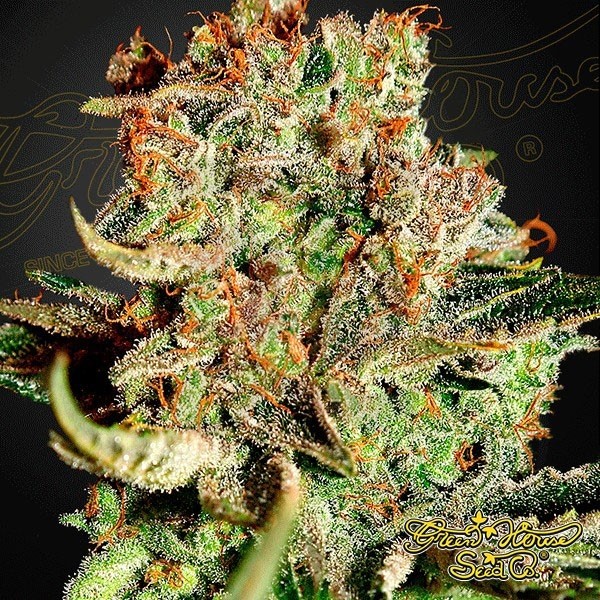 Super Bud by Green House Seeds is a delicious fusion that’ll have you couch locked in seconds. This delicious combination of flavors ranges from sweet Big Bud to intense Skunk flavors.

Super Bud by Green House Seeds is a potent, relaxing strain that’s practically narcotic. It’s effective when used for treating insomnia and loss of appetite; you’ll instantly get the munchies and begin feeling super sleepy. Before you realize, you’ll have woken up with a half-smoked joint.

It grows tall and slender indoors, and when it flowers the branches open up more, making it look kind of like a Christmas tree with baubles and all, full of dense, delicious resin. It’ll take around 8 weeks to fully mature, producing an amazing 900g with just 10 plants per square meter.

Outdoors, when grown under plenty of sunlight you can get up to 1kg from just one plant towards the end of September. It lets off quite a pungent aroma during its last few days, so you’ll need to find a way to mask the smell if you have nosey neighbors or are worried about people finding out that you have plants. Keep in mind that it’s slightly vulnerable to rot due to the density of its buds, so you’ll need to treat it from an early age.

This is one of the sweetest plants we’ve ever tried; many strains such as the famous Critical Mass have come from the same process as Super Bud. It gives a purely indica high with strong narcotic effects that’ll have you couch locked in no time. We recommend having something sweet on hand for when those munchies it, because they hit hard.