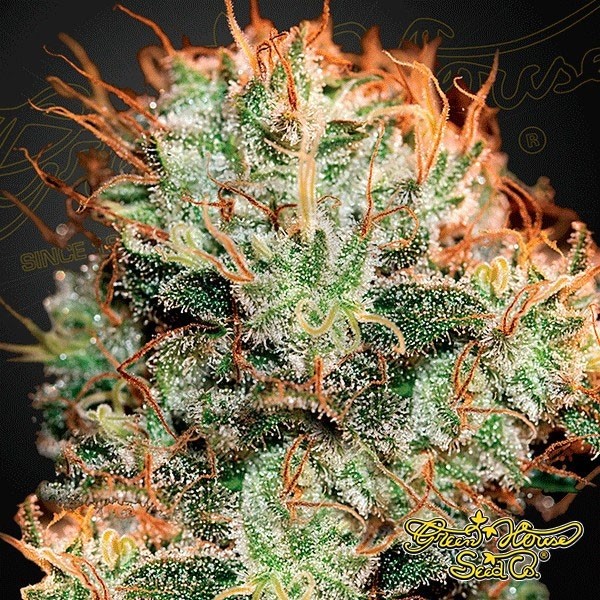 Kaia Kush by Green House has a mentally relaxing effect that growers love. It produces large yields and plenty of resin.

Kaia Kush by Green House Seeds is one of the most potent strains on the market. It comes from a combination between a Super Silver Haze and a potent Afghan plant. It has intense aromas that differ due to its indica/sativa heritage. It’ll grow plenty of thick, dense buds with an incredible layer of resin. This plant doesn’t need much caring for in order to give pretty good results.

Indoors it does well, growing slim with plenty of foliage. It grows a bit more during the flowering period too due to its Haze genes. Its buds are hard as rock and grow from top to bottom. It’ll need around 9 flowering weeks in order to produce around 600g (with 11 plants per square meter).

When grown outdoors it can take until mid-October to fully mature, although you’ll be rewarded with up to 1kg of quality weed per plant. Kaia Kush doesn’t tend to grow over two meters tall outdoors, so it’s perfect for small outdoor areas. Its central calyx can get as thick as a coke bottle, becoming covered in a thick layer of resin which lets off quite a pungent aroma that’s hard to describe.

It has an incensed flavor combined with a sort of hash aftertaste, and its effect is incredibly potent, both physically relaxing and mentally stimulating. It can also be used for pain relief.