Banana Waffelz by GB Strains joins the catalogue exhibiting a considerable psychoactive potency thanks to its 25 % THC content. Effects are pleasant and relaxing due to its 80% indica influence.

By buying this product you can collect up to 12 loyalty points. Your cart will total 12 loyaltypointsrsi that can be converted into a voucher of € 2.40. 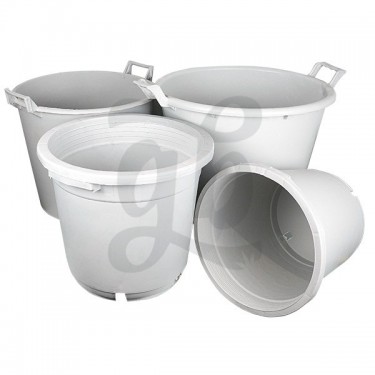 Banana Waffelz by GB Strains produces intense and pleasant narcotic effects due to its THC levels, which can reach up to 28 % in certain phenotypes. This 80 % indica dominant feminized strain features an extraordinary organoleptic composition that displays heady, sweet and fruity tinges combined with soft sandalwood and fuel touches. Such aromas and tastes make this strain perfect for cannabis extracts, especially the ones that don’t require solvents, like for example dry ice hash or rosin.

This hybrid is easy to grow indoors, whether in tents or rooms. Its compact structure, moderate size and bushy aspect enable pruning techniques that could promote a yield increase, such as topping, FIM or lollipopping.

16 plants per square meter in 7 L pots can yield up to 400 g/m2 and they can reach up to 1 m of height. It’s important to provide them with at least 8 or 9 weeks of flowering for the buds to be properly matured before they are trimmed, dried and manicured.

On the other hand, this strain is also easy to grow outdoors as it doesn’t require large amounts of fertilizers or any other additives and it efficiently withstands mild and cold temperatures. It’s very important to perform a responsible and precise watering in order to prevent possible fungi infestations like oidium, botrytis, sooty mold or fusarium, especially in very humid areas.

The use of trichodermas and mycorrhizae strengthens plants’ fungi resistance, such as Funky Fungi, by increasing the substrate's microbial life. With proper due care, this cultivar can yield more than 700 g/ per plant once dry and it will be ready for harvest by mid-September.

Banana Wafflez’s organoleptic properties exhibit a sweet tinge with soft aromas and pleasant flavors that invade the taste buds. An earthy background mixed with sandalwood and fuel touches intermingles with fruity dashes that clearly resemble banana or even grape, depending on the phenotype.

Banana Wafflez offers peaceful and relaxing sensations. This GB Strains mainly indica genetic provides narcotic and sedative psychoactive effects thanks to its high THC levels. Initially, effects will start off with enough mental clarity as to keep up with conversations in social gatherings, however, its relaxing potency gets increased during the last hours of the day, making it a great option for insomnia sufferers.

Write your review
The comment has been sent.
Growerofterps
08/09/2022