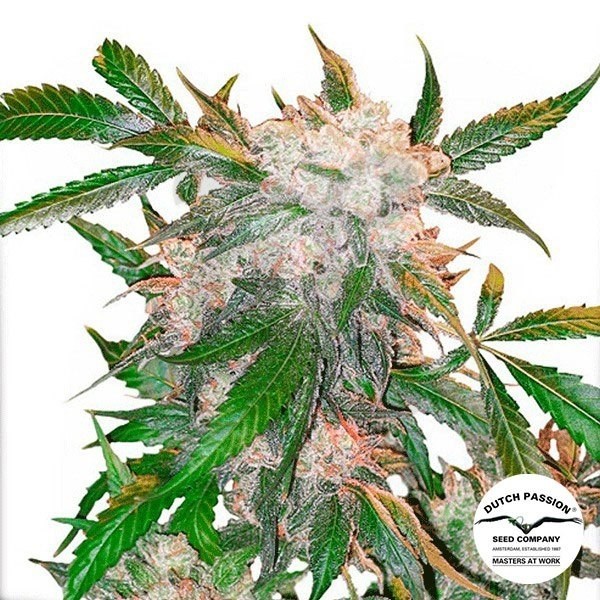 This strain has been around since the very beginning, and now Dutch passion has a version that is every bit as astonishing as the original 80's version.

This regular version of the legendary White Widow has won many prizes around the world. It’s considered one of the most potent strains ever created, and even those that know nothing about cannabis have heard it mentioned here and there. It gets its name from the thick layer of white resin that it creates a well as its enormous quality buds. Dutch Passion have been working with this strain for quite a lot time in order to bring consumers the closest possible plant to the original legendary strain from the 80s.

Indoors it takes just 60 days to flower after flipping the lights, producing up to 500g per square meter. If you use techniques such as Screen of Green or Sea of Green you can increase yield, too. You can grow it normally too – these strong plants grow super-fast. Thanks to its indica-dominant genes, you can grow it to about 30cm tall before flipping the lights. During the flowering period your plants will end up covered in a beautiful layer of resin.

Outdoors it’s easy to grow this strain quite large and sweet. It flowers quite fast, allowing you to harvest towards mid-October. It’ll need a lot of space for its roots to grow happily – if you plant in a flowerpot we recommend transplanting them every now and then in order to increase internode distance. When planted in the ground you might want to top it once in order to produce more branches with more yield and a more discreet plant in as far as height.

This strain lets off an exceptionally sweet aroma which is quite complex and difficult to describe, ranging from fruity to flowery. It’s similar to jasmine and roses with hints of hash. Its flavor is deliciously sweet and just as complex as its aroma. Its effect is physical and psychological. This relaxing cannabis is perfect for before bed, as well as calming nerves.