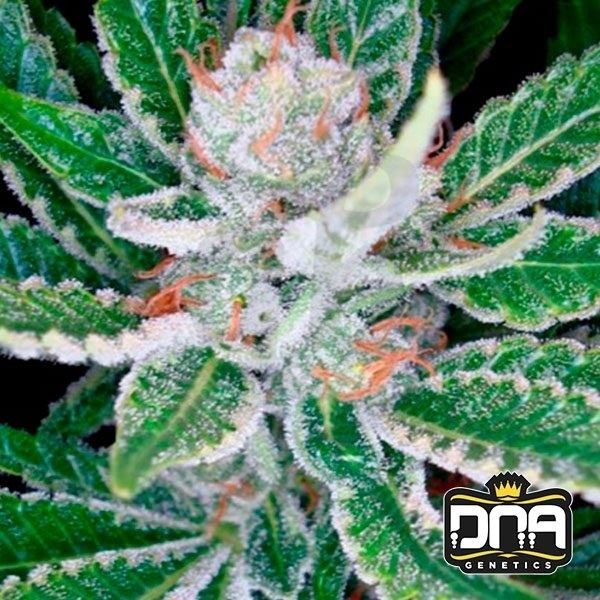 Sleestack by DNA Genetics is the resulting plant from Shrom x Martian Mean Green, making for a productive plant with a special, unique flavor.

Sleestack by DNA Genetics is a strain with plenty of history behind it. A clone received from North California was crossed with a Martian Mean Green – whenever this strain is involved, the resulting plant always has a little hint of something special. Sleestack is a strain that doesn’t grow very thick buds, but it is indeed extremely full of resin – this is the most resin that you’ll see on a plant.

How to Grow Sleestack Indoors and Outdoors

Indoors, this plant grows long with a fast-flowering period – it flowers in search of light and it doesn’t grow too wide – it’s perfect for placing many plants in order to get more yield and they’ll be ready in just 9 flowering weeks – 500g per square meter with just 11 plants. We recommend using a hydroponic system.

Outdoors it should be ready towards mid-October, growing tall plants that are quite eye-catching as well as nose-catching thanks to its pungent odor. It can easily grow over 2m tall, and you can more than easily get 600g per plant. We recommend growing it in a greenhouse if you have short summers where you live in order to protect its small but bard buds.

It has a very Martian Mean Green flavor, as will any extract or hash you extract it from will have. It doesn’t have too strong an effect, giving a light mental buzz.