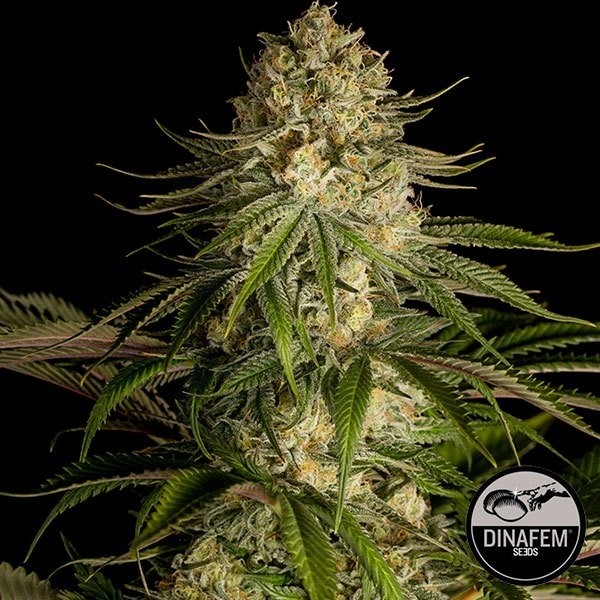 Critical Kush by Dinafem is a strain that has the flavor and yield of a Critical, in citric and resinous Kush buds.

Subscribe To When In Stock
You have successfully subscribed to this product
See alternatives
Order it now and receive it tomorrow
Gifts in all of your purchases - Discreet Shipping - Secure Payments
Quantity
x1
x
Total
€9.00
Critical Kush

Critical Kush by Dinafem is a strain that blends two amazing Dinafem strains in one, balanced plant. You’ll get the yield and appearance of a Critical+ with dense, lemony buds and some extra resin which comes from its Emerald OG Kush genes. It can be grown both indoors and outdoors.

Indoors is where you’ll get the best results; plants that look like Critical+ with a lemony, exaggerated flavor and an enormous amount of resin. Its buds are long, thick, compact and shiny with resin. If you like resin extracts then you’ll love this plants leaves and you can use a Gasolinator to extract BHO. After 60-65 days, your grow will be ready to harvest, producing 450g per square meter.

Outdoors it’s quite an early plant, perfect for unpleasant climates where other strains can suffer from fungi infestations or stress due to few sunlight hours. Critical Kush grows an amazing central stem where most of its yield will be centered, as this strain has weak side branches. You can get 1kg per plant, ready to harvest towards mid-September which is quite early considering its Kush genes.

It has a magical, earthy flavor; it has a beautiful Critical aftertaste with a heavy Kush punch. It has a sedative effect, recommended for those with appetite issues or sleep disorders.