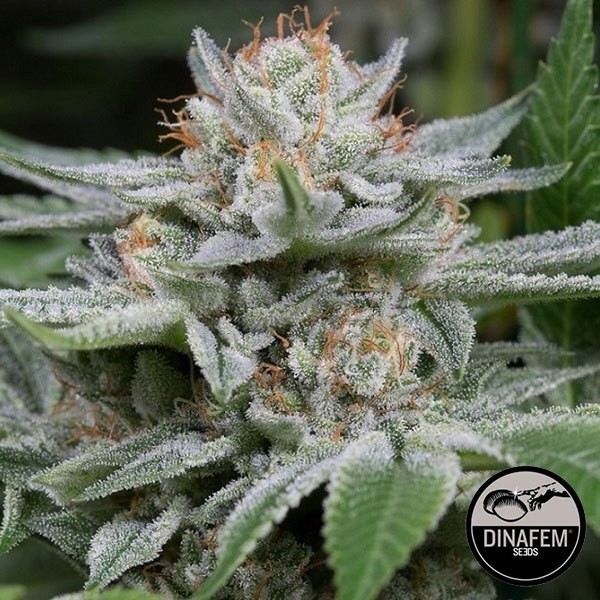 This indica-dominant strain is well-known in the United States. If you decide to grow this plant this year, you'll be rewarded with enormous yields of resinous buds.

Subscribe To When In Stock
You have successfully subscribed to this product
See alternatives
Order it now and receive it tomorrow
Gifts in all of your purchases - Discreet Shipping - Secure Payments
Quantity
x1
x
Total
€90.00
Gorilla

By buying this product you can collect up to 9 loyalty points. Your cart will total 9 loyaltypointsrsi that can be converted into a voucher of € 1.80.

Gorilla by Dinafem is almost entirely indica, and grown quite a lot in the United States. It's assumed that it was accidentally created when a female Sour Dubb was pollinated by a male Chem Sister. It has quite a mixed appearance, although when smoked you'll definitely notice its indica side. It doesn't need too much taking care of, as long as you take care when feeding it, as it doesn't deal well with overfeeding. It's also a decent option if you're looking to make extracts, as its resin is highly aromatic. Gorilla by Dinafem has won two prizes, one in the Los Angeles cup and another in the High Times Jamaican World Cup. THC: 25% CBD: 0.1%.

When grown indoors this plant behaves quite nicely, producing quite a lot of resin. It can reach medium to tall heights, so if you're looking to keep its height under control you'll need to have them at 12/12h right from the start. While flowering, they'll grow to a more acceptable height for indoors, centering most of their yield on the central cola. After just 8 flowering weeks, your plants will be ready to harvest, producing up to 500g per square meter.

Outdoors is where Gorilla really shows its full potential. This plant absolutely adores the heat, so the more sun it gets the better. You can easily prune the lower branches in order to make the rest of the plant stronger. We recommend growing it with organic products, as they make for more resin and flavor. Towards mid-October they should be ready to harvest, producing up to 1kg per properly taken care of plant.

It has a truly captivating aroma, and quite an atypical flavor. It has both citric and earthy nuances due to the terpenes humelene and coriophilene. It gives a strong high due to its high levels of THC, and almost non-existant percentage of CBD. It produces an intense bodily relaxation and mental stimulation in the consumer.