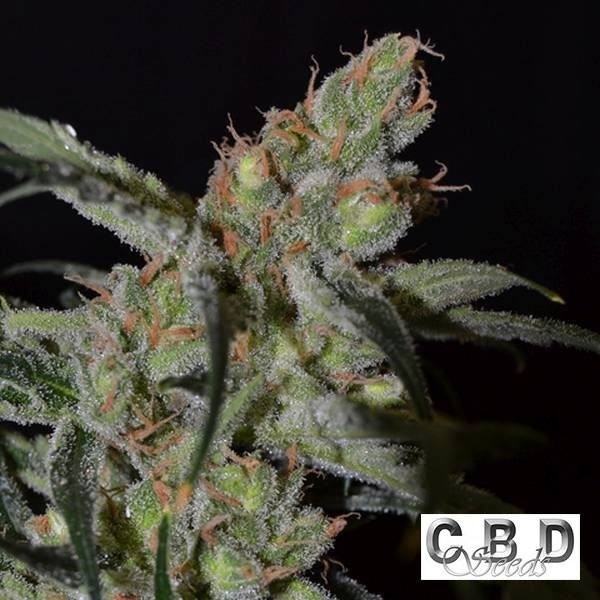 Shark by CBD Seeds gives heavy, dense and resinous buds, as it’s one of the best bud yielders in the seed bank.

Shark by CBD Seeds is resinous even on the leaves, so it’s pretty decent for making extracts with the trimmings. This is the bank’s most productive strain, comparable with Critical plants in as far as yield and flowering times, as it only takes 55 days indoors. Presents liquorice touches but, is more famous for its fair cotton candy flavour. If you choose to grow this strain with organic fertilizers, you will get the best flavour and yield possible.

Indoors, its white layer of resin will go almost grey towards the end of the flowering period, giving the appearance of plants that are covered in snow. The buds aren’t that long, but they’re very consistent. They’re perfectly balanced across the entire plant, from top to bottom. Its branches are extremely strong and resistant, and although the buds are quite heavy, it will undoubtedly be able to put up with them. You can get up to 800g with 11 plants per square meter.

Outdoors it also performs well, as its resistance to mildew makes it one of the best options for late grows. It’s quite early, which is good for those that live in humid areas with end of summer rains. It should be ready towards mid-September or the beginning of October and you can get up to 800g of the best cannabis around per plant.

Shark’s flavor is similar to the best G13 strains, as it has a hint of fresh lemon, as well as a potent caramel aftertaste. It has an amazing effect due to how indica it is, capable of couch-locking even experienced smokers.