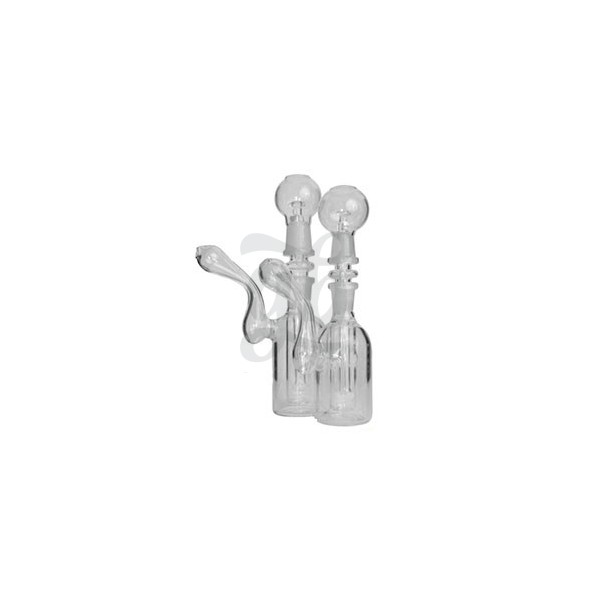 Borosilicate waterpipe for BHO to avoid any risk when heating it with a torch. It comes in two dome-opening sizes, 14mm and 19mm.

Pipe to vaporize your BHO in the best possible way, because its taste is improved when it passes through the water. The opening where the domes are placed comes in two sizes, but the pipes are the same size.

Easy to clean, since you can disassemble almost all its parts. Its use isn’t very complicated, as well. Just heat the borosilicate nail with the torch until it’s red hot, and put the dome on its place. Then set close to the nail you BHO with a dabber and inhale as it vaporises.

The high will be almost instant and it’s much healthier because you won’t be smoking carbon dioxide, but high TCH concentrations.

The recommend changing the borosilicate nail after a few uses for a titanium one. It will provide an extra vaporisation, making it faster and more delicious and stronger at the same time.

Depending on your pipe’s opening diameter, you’ll need a 14mm or 19mm nail.