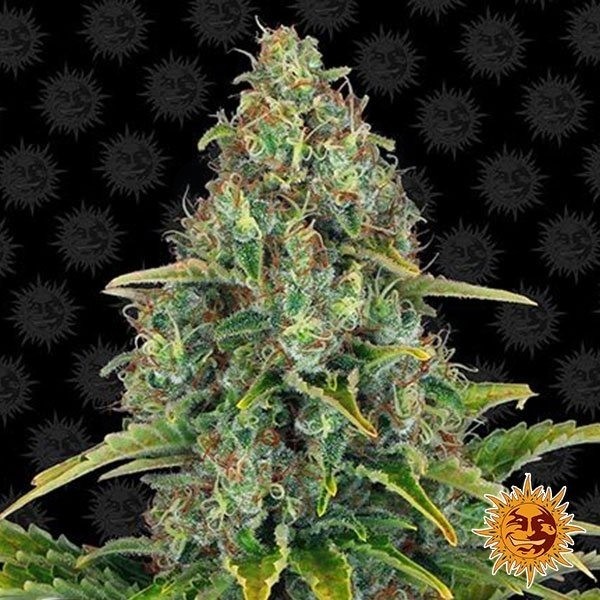 Blue Cheese Auto is a high yielding strain that will give you the best Blue Cheese smell and taste in just 75 total days.

Blue Cheese Auto by Barney’s Farm is a strain described as Indica and autoflowering that will take a little longer to grow than the rest of seeds this bank offers. Although it may not give much yield, its quality will most definitely surprise you.

Indoors it’s a doesn't do too bad in as far as yield, as it's not only concentrated on the central stem; it will also grow numerous shiny and compact buds along the tips of the branches. By placing 4 plants per square meter, you’ll get the most out of them, although you will have to string the plants so that they do not bend due to the weight of the buds. Be ready to harvest 500g dry weight if you grow by the book.

Outdoors it’s ideal for hot weather; you’ll obtain the best resultsin the middle of the summer under the blazing sun. Its size is usually decent, up to one metre, and its yield weighs in at up to 50-80g per plant. It has average instect-resistance, so you’d better apply some preventive treatments during the first 20 days if you plan on growing in a garden.

Its flavors are very earthy, like sweet cheese, a flavor that's been around for years and is still highly appreciated among smokers. Its effect is relaxing at a physical level; it also gives a soft mentally stimulating effect.