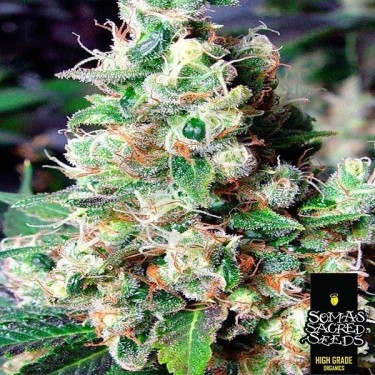 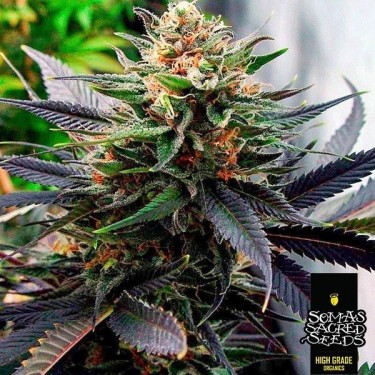 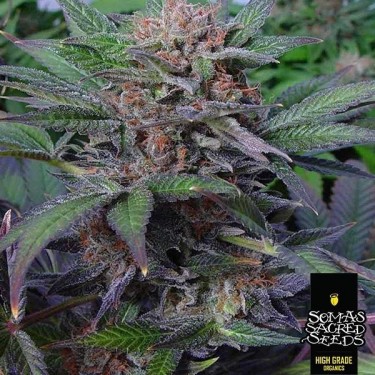 Soma Seeds is a seed bank that has its origins in the United States, and it’s named after its owner.

It all began in 1967, when Soma was working at a company called IBM in New York. Another employee at the company gave him a few pre-rolled joints – after work he went to the East River to try it and he fell in love instantly with the sensation.

Four years later he was running a vegan restaurant and bakery, and this is where he started to become more conscious of what he was putting into his body; this pushed him to begin growing cannabis and to make his thumbs as green as possible.

His love for this beautiful plant was enough to push him to learn new things; how to grow indoors, the art or nurturing, the art of photography and many more hobbies. Thanks to marijuana, his mind was opened to many different aspects of life that he probably wouldn’t have pursued otherwise. Even though there are many laws against cannabis in many countries, he never stopped loving the plant. After many years of experience, he began writing articles on growing organic cannabis, which culminated in a book called Organic Marijuana Soma Style, where he gives advice on different ways to grow cannabis organically.

Somango: This strain is indica-dominant, and it comes from a cross between Jack Herer and Big Skunk Korean. This strain has a short distance between nodes and an enormous amount of side-branches. It can be grown both indoors and out, but you’ll probably need to keep its height under control indoors by using a SCRoG net or something similar. It has just over a two month flowering period indoors and outdoors it’ll be ready towards October. As it flowers it starts turning beautiful purple shades and growing a lot of trichomes. It lets off a sweet smell, similar to tropical fruit and caramel. It has a potent, creativity-inducing, energetic high.

Lavender: This strain was created by crossing plants from different regions such as Hawaii, Afghanistan, Korea, the US and Europe. It’s a wide plant with dark leaves and strong stems due to its indica genes. Outdoors it does perfectly in mild climates, and it doesn’t like excessive heat or cold. Indoors you can grow it perfectly as long as it gets a short vegetative period, or it can grow much too tall. The best thing about this plant is the quality it produces after just 9 flowering weeks. It has a sort of afghan hash taste, and a relaxing, narcotic effect which is perfect after a long day at work or if you have trouble sleeping.

NYC Diesel: This sativa-dominant strain is a US plant that Soma acquired through a friend of his that brought them to New York. This is one of the bank’s most exotic seeds. It’s quite tall and has long internodes, so if you’re growing it indoors or want to be discreet you’re going to need to control its height through pruning or training. Also, when growing this plant indoors you should use an anti-odor system, as it’s quite pungent during the flowering period. You can get up to 300g per square meter indoors. Outdoors, we recommend training them to add extra strength to the branches as they can sometimes be a bit weak. It has an active, energetic effect that’s perfect if you plan on having a get-together with friends.