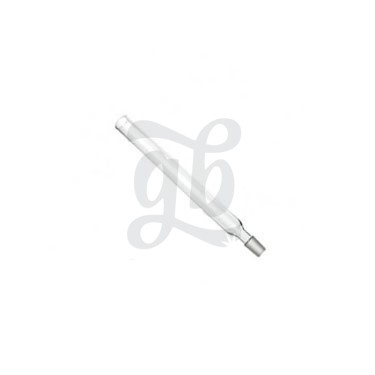 Verdamper Vaporizers have been recognized as some of the best in the market since they were first launched in 1995. Almost every Dutch Coffee Shop owns his given it does make the most of weed, providing a great amount of vapor. Each vaporizer consists of a borosilicate main body with several glass pieces that fit in perfectly to assemble a whole vaporizer. A heater will heat the air that passes through the weed and a water filter will cool down the vapor so it reaches your mouth with all its flavour.

The commonest model is the Verdamper De Luxe, a model similar to a big bong. The bong consists of several parts, and depending on the chosen model the body and different accessories will differ. There are two sizes of main part: large and small. What both models share is that they have a filling chamber and a heater while the rest of the parts are different.

It is also possible to choose it with a safety valve or not but keep in mind that if you choose it without a valve you won't be able to purchase it and fit it later. This valve protects the water filling chamber, in case someone coughs inside the vaporizer when inhaling. If there is no valve and we blow inside, water will come up through the tube and end up soaking our weed. This unfortunate incident can be avoided by not blowing in or with a safety valve.

All models work the same way, although the vaporizer shape might change. A bowl located inside holds the weed at the top part of the vaporizer. A heater is set on top of the bowl and inside a cannula of borosilicate and it is plugged to the power network. Everytime we take a puff the heater will heat the air passing through the weed so it vaporizes the resin. Vapor will go then through a water filter that besides removing many impurities will cool it down, making it much fresher and tastier by the time it reaches your mouth.

It is one of the vaporizers that makes the most of your marijuana, besides being quite similar to smoking weed in a bong. You'll get a cleaner and more powerful effect with a smaller amount of marijuana. In addition, you will get rid of many of the harmful substances that exist in the smoke of joints due to combustion. As a result, both your pocket and your lungs will be thankful!

When you purchase a Verdamper vaporizer, you have a device for life since there are spare parts of all components. Indeed, in our catalogue you will find the own main body or any of the smaller pieces that might have broken. All components are made of high quality borosilicate by Verdamper.

Your vaporizer will look as if it were brand new forever. It is the vaporizer that the medicinal cannabis user cannot miss since it is certainly the cleanest and healthiest option to consume cannabinoids without smoking.