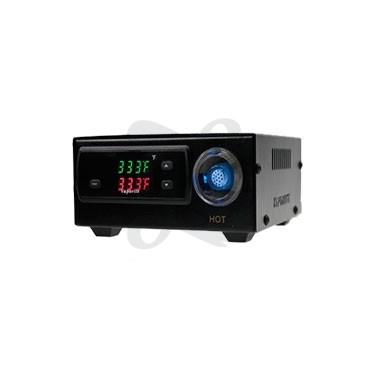 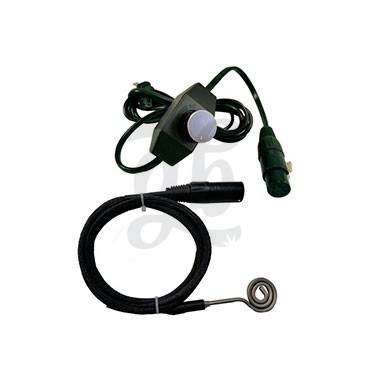 Vaporite is a brand of herbs vaporizers. It can be used to vaporize medicinal and aromatic herbs. Many of their vaporizers include pieces for aromatherapy to release vapor with the smell of your favorite herbs. Exclusive designs, temperature regulators and even remote controls are some of the features displayed by the products of the brand to make sure you can enjoy vapor as you like. They are inexpensive and will allow you to enjoy the vapor of your marijuana at an unbeatable price. All Vaporite vaporizers have been tried and tested and if you follow the instructions you will get puffs of the best vapor with very little weed.

The Ball Vaporizer is one of the most economical ones since its mechanism is quite simple. It consists of a bowl connected to a resistance which will heat up progressively when we turn it on. A glass hood will cover the bowl with weed and thus we will get to see when vapor is generated so that it doesn't escape. When the ball is full with vapor all we have to do is inhale it through a hose. It is not the best possible vaporizer and it does not make the most of weed but it will get us started at the vaporizing world for very little.

Then, we have other models that are more complete and that will allow us to control at least temperature of the resistance, providing a vapor more to the taste of the consumer. If you are a regular smoker, this vapor won't satiate you as much not even at the hottest temperature, since vapor is less satiating than smoke. But, though you won't feel it so much in your lungs or don't feel it in the smoke, you'll be absorbing many more cannabinoids multiplying its effect by 3.

The vaporizer VR-004 is one of the most economical ones with temperature selection -though it doesn't display the degrees at which it evaporates-. It's a box with a resistance where air is heated up while we inhale, so if what we want is to get some vapor we'll have to breath in slowly. If we do it heavily or like if it were a joint, only cold air will get in and won't vaporize the resin. Puffs must be long and slow, otherwise you will never enjoy your vaporizer. Then, we will only have to turn it on, wait until it's hot while we fill the bowl with weed and then, once it's hot, we'll be able to vaporize it.

Vaporite Solo is just an improvement if VR-004 where we can select a specific vaporization temperature. There are two available models with the same characteristics, the Analogue Solo and the Digital Solo. With the analogue one we can choose the desired temperature with a wheel while the digital screen display the chosen temperature. A light will let us know the temperature has been reached and all we'll have to do is put the hose with the weed to start vaporizing it. It has another piece to use other type of plants for aromatherapy by releasing their scent to the room.

If we choose the Vaporite Solo Digital we'll have several advantages, one of them is that we'll see the current temperature in the screen and will know how long it's left until we can vaporize. A screen in two color s will display both temperatures: the selected and the current one. In many occasions we think the device is hot enough to vaporize but it doesn't seem to work at all. This happens because this type of vaporizers need about 10 min to reach the maximum temperature. Sometimes we think they don't produce any vapor and the reason is weed has been put in place too soon. With Vaporite Solo Digital we always know precisely when it is ready and won't waste any weed.

If you're looking for an economical vaporizer of a good quality, Vaporite has a solution for you. Their models are particularly used for new comers into vaporizing world since they don't require an excessive investment. Some vaporizers produce much more vapor but they are also more expensive and not everybody can afford them.

If you need any accessory such as the hose or the filling chamber, you can buy spare parts in our website. All Vaporite items come with a detailed description explaining main characteristics and best mode of employment so that you can choose the one that suits better your needs.