The Rich and Famous; Arrested for Cannabis Possession

Inicio » News » The Rich and Famous; Arrested for Cannabis Possession

How many of you guys have been stopped and searched, maybe even arrested for cannabis possession? A lot of people have unfortunately been pressured by the police and although they’re only doing their job, it’s still quite a pain. Throughout history, even the rich and famous have been arrested for cannabis possession, being one of the most commonly consumed drugs among rock stars and actors.

Here at Growbarato.net we’ve made a complication of some of the most iconic arrests involving celebrities and cannabis. 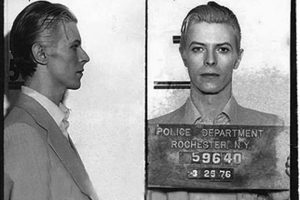 The first culprit on our list is of course Jimmy Hendrix, who was arrested in 1969 at Toronto International Airport for possessing hash and heroin. The artist’s lawyer alleged that a fan placed a vial in Hendrix’s luggage that he believed to be legal medication. He was absolved of any wrongdoing and set free after paying a 10,000 Canadian dollar fine. Just a few years before, Steven Tyler, singer for Aerosmith, was also arrested in New York for cannabis possession.

David Bowie is another in a long list of rock stars that have been arrested for cannabis possession. In 1976 he was arrested from his New York hotel room during his Isolar tour. His mug shot soon became one of his best-known pictures, considered one of his best poses of all time. Bowie was also released after proving that someone else had placed the cannabis in his room.

Paul McCartney, in 1980, had a similar experience in a Tokyo airport when he was touring the country with the Beatles. Border control retrieved 200g of cannabis from his luggage, although after 10 days in a local jail he was set free and deported free of charges. 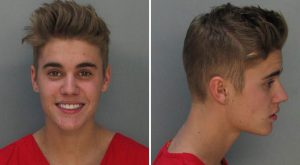 It’s not necessary to go so far back in time to find celebrities caught with that good herb. In 2014 the polemic singer Justin Bieber was arrested for participating in an illegal street race in Miami after consuming cannabis and alcohol. Something similar happened to Gossip Girl actor Chace Grawford – he was found in a public parking lot sharing 50g of cannabis with a friend. He was set free after paying bail and in 2011 the charges were dropped.

Another well-known actor was also caught out for drugs; Macaulay Culkin, known for his appearance in the Home Alone franchise, was discovered to be in possession of cannabis as well as tranquilizers without a prescription. The actor, since then, has appeared to clean up his act.

Matthew McConaughey’s arrest in Texas, 1999 is somewhat of a historical event in the states. He was arrested for resisting authorities, public disturbance and cannabis possession. The police were sent to his house after being called by a worried neighbor, and he was found playing the bongos in the nude. He later declined the drug chargers (that were eventually removed) and was charged with disturbing the peace – he pleaded guilty and was made pay a 50.000 dollar fine.

Here in Spain there’s also a few celebrities that have dabbled publicly in cannabis, although not many – this is probably due to the stigma surrounding the drug still. Public figures such as Mercedes Mila or Melendi have admitted to having consumed cannabis, as well as the Catalonian duo Estope, who sing about cannabis in their songs quite a lot.

Joaquín Sabina, Alaska and Serrat have also let loose over the years that cannabis is linked to their artistic careers.